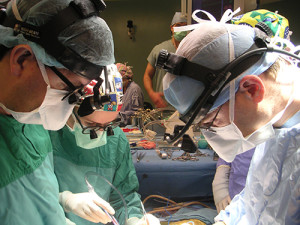 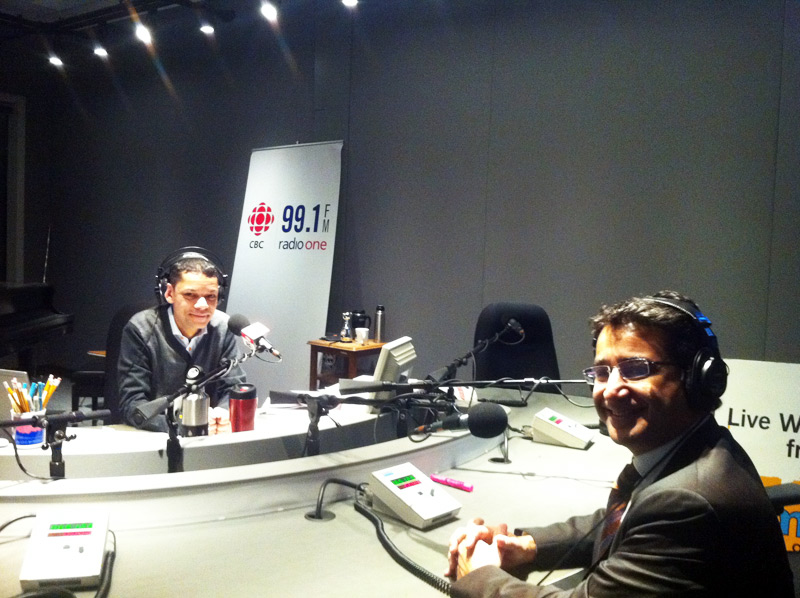 In a Canadian first, thoracic surgeons at Toronto General Hospital, University Health Network used a robotic surgical system to treat early-stage lung cancer by removing the cancer, along with a lobe of the lung. The use of this system improves outcomes after surgery and will expand the number of patients who can benefit from this type of minimally invasive surgical treatment.

In their pioneering work, a team of surgeons led by Dr. Kazuhiro Yasufuku, Director of the Interventional Thoracic Surgical Program at Toronto General Hospital (TGH), and Dr. Tom Waddell, thoracic surgeon and Head of the Division of Thoracic Surgery, performed a robotic surgery on a 78-year-old man with a tumour the size of a penny in his lung’s upper right lobe. After examining the images of the tumour, its location and assessing the potential benefit to the patient, the team decided that the best option for the patient was to use the da Vinci Surgical System to remove the cancerous portion of the lung. The surgery was performed at TGH, as part of the Princess Margaret Cancer Program.

“More than 70 percent of lung cancers have a good chance of being cured, if they are treated early enough, so we have brought together a team of surgeon-scientists, who use and further develop the latest technology to try and change lung cancer’s horrible statistics, “ says Dr. Yasufuku, adding that the future of treatment belongs to robotics since it can incorporate different imaging modalities which will guide surgeons to perform surgery more safely, and possibly more precisely, something that is not possible with other techniques.

Dr. Yasufuku, one of the most internationally respected thoracic surgeons with expertise in minimally invasive thoracic surgery and diagnostic procedures, was recruited from Tokyo, Japan to set up a unique Interventional Thoracic Surgical Program at TGH, which includes the development of novel technology and a surgical suite to improve the current ways of diagnosing and treating lung cancer.

Lung cancer remains the leading cause of cancer death for both men and women. More than 25,000 Canadians are diagnosed with lung cancer yearly, and more than 20,000 will die of it.

The day after his robotic surgery on October 20, 2011, Stanley Skorpid, 78, was able to get out of bed, and eat cornflakes for breakfast. On the third day, Stanley was impatiently walking the hospital hallways, and on the fifth day, he was glad to be going home. He is now back at work as a concierge, and continues to walk his German shepherd dog, Skor, about one mile to the lake close to his home.

Many centres would not consider surgery for someone of Stanley’s age, points out Dr. Yasufuku, noting that the use of the robotic system contributed to Stanley’s early recovery, along with minimal complications and pain, and a better quality of life.

Surgeons at TGH have since performed six more successful surgeries with the robotic technique on patients with lung cancer. The patients typically have shorter hospital stays, less pain, easier recoveries, less blood loss and scarring than as if they had been operated on with open-incision surgery.

“We anticipate that robotic technology will provide a further improvement over videothoracoscopic minimally invasive techniques that is our current standard at UHN for early stage lung cancers,” notes Dr. Yasufuku.

The da Vinci System enhances the surgeon’s technique and capability in performing complex minimally invasive surgery, such as in fine-tissue dissection and suturing. Named after Leonardo da Vinci who invented the first robot, and used anatomical accuracy and three-dimensional details to give life to his masterpieces, the system provides surgeons with similarly enhanced details.

“The robot becomes your hands, it augments what your hands can do,” explains Dr. Yasufuku. “It’s so easy for your hands to move much more finely right inside the patient.”

To date, robotic surgery has most often been used for prostate and gynecological surgeries. It is now being used in several U.S. and European centres, and at TGH, as a useful technique in treating lung cancer.

We are thankful for the generous support that helps fuel our discoveries. To contribute, please CLICK HERE